Legends in Concert is internationally recognized as The World’s Greatest Live Tribute Show, and you’ll be starstruck as the entertainers of yesterday and today come together for a performance you’ll never forget! Each performer not only looks like the legendary star they’re portraying, they use their own natural voices to bring them to life. World-class theatrical sets, stunning costumes, energetic choreography, and an array of special effects only add to the incredible production value of each star’s hits. See tributes to icons such as The Temptations, Kenny Chesney, Michael Jackson, Taylor Swift, Johnny Cash, Barbra Streisand, Elvis, and The Blues Brothers™ as they rock the house at Dick Clark’s American Bandstand Theater! With a rotating line-up that changes four times a year, there is truly something for everyone!

Legends in Concert dazzles the young, old, and everyone in-between with fun-filled entertainment the whole family will enjoy! Make sure to catch their Christmas performances November 1 – December 22, featuring each star’s favorite Christmas tunes alongside their other hits, and a special appearance from the one-and-only legend himself, Santa! 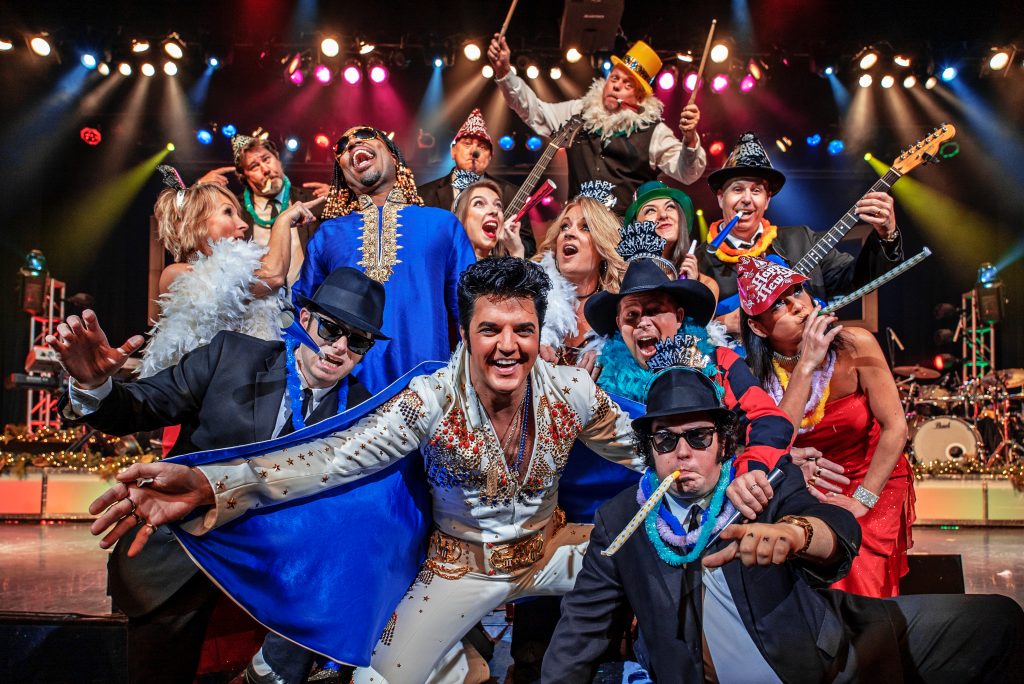