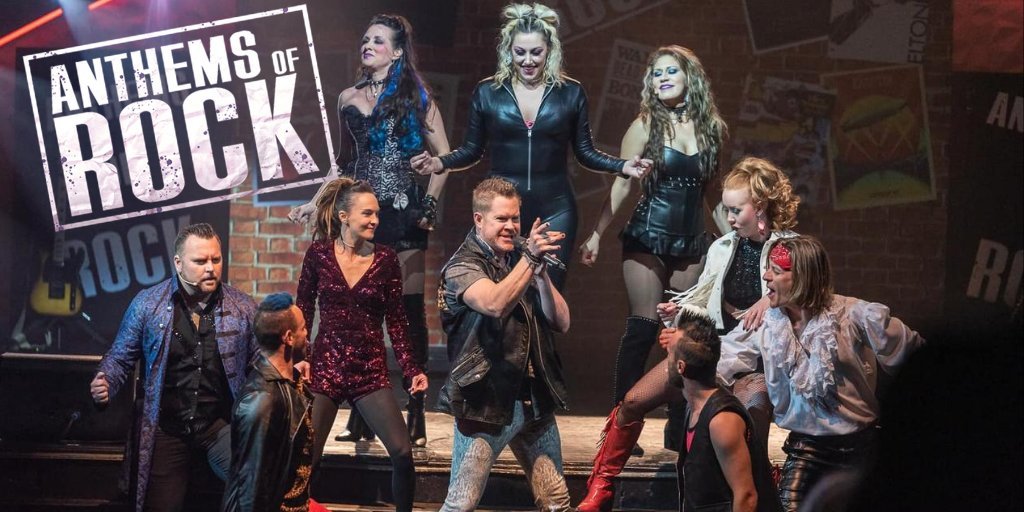 Anthems of Rock, King Castle Theatre’s spectacular new show, brings the greatest rock songs in history to the stage! Song after song, Anthems of Rock delivers an outstanding lineup of number one hits from some of the most famous bands of the 20th century, including Queen, The Beatles, The Rolling Stones, Bon Jovi, Led Zeppelin, Journey, Aerosmith, and many more. Featuring incredible tributes to Elton John’s film “Rocket Man” and Queen’s award-winning film “Bohemian Rhapsody”, the talented cast showcases the greatest hits of these legendary performers with sets, costumes, and choreography that scream rock and roll! BRANSON…… ARE YOU READY TO ROCK?