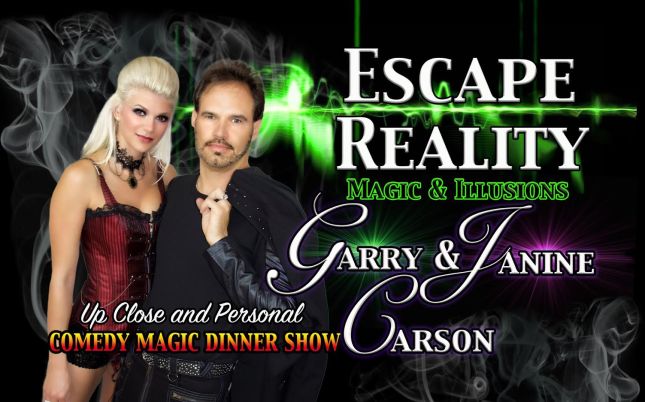 Garry and Janine Carson are the revolutionary magicians behind Branson’s hottest new show, Escape Reality Magic and Illusions! Straight out of Las Vegas, they’re bringing Branson a completely different approach to the large stage magic shows. Instead, they immerse the audience in an intimate setting where everyone is in the middle of the action. It’s a bold approach, where you can see incredible illusions like never before, up close and personal!

Enjoy a delicious 3-course dinner, hilarious comedy, and audience participation as Garry and Janine present unbelievable magic and grand illusions. If you’re lucky enough to be invited on stage, you’re not just a volunteer, but a magical co-star! Join them as they go beyond the stage lights, and touch not only  inquisitive minds but hearts as well. It’s a whole new dimension in magical entertainment!