Nestled in the heart of Historic Downtown Branson is a show centered around bringing to life the top hits of the Kings and Queens of Motown. Though the venue at the Branson Hot Hits Theatre is quaint, the talent and music being seen and heard live on stage are larger than life.

From the moment the performers come out on stage with their silky duds, smooth dance moves, and bling in all the right places, it’s clear that the Motown Downtown show is not a sit-down experience. This talented troupe hits music from the 1950s era and beyond, touching on top hit music from The Temptations, Four Tops, Sam Cooke, The O’Jays, Gladys Knight & the Pips, and many more! 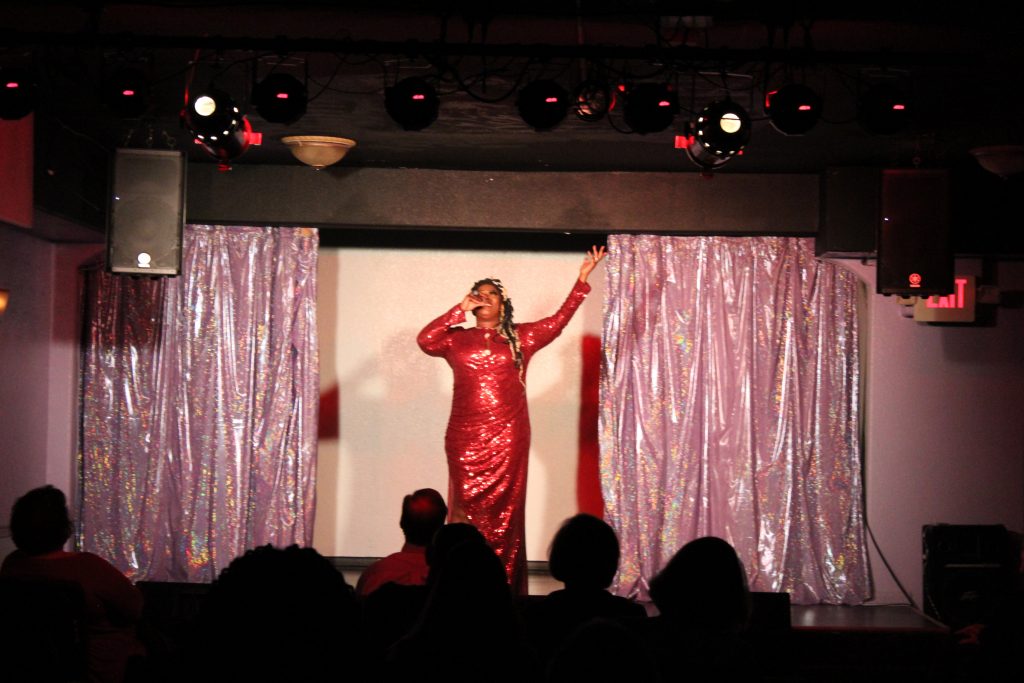 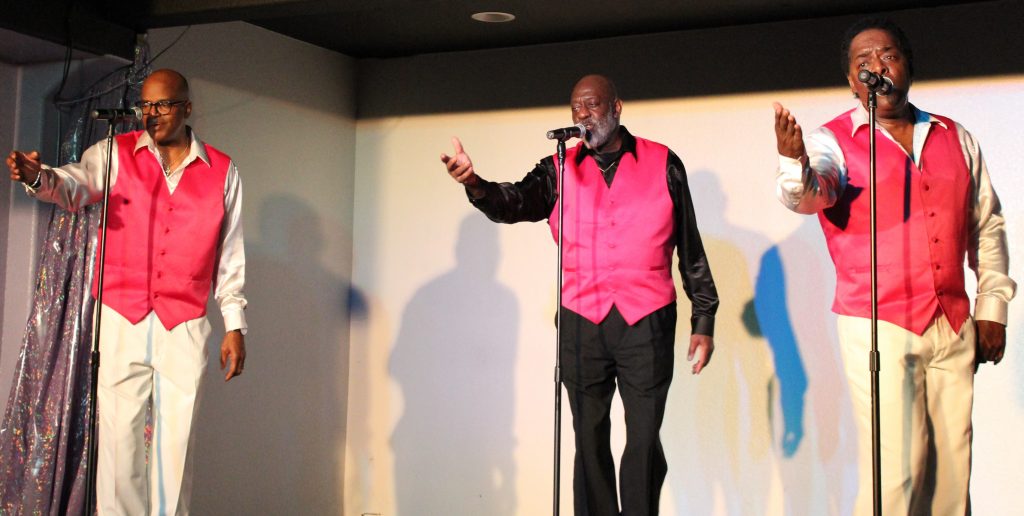 The ambiance of Motown Downtown music is the kind that reaches the soul and provides the perfect combination of romance and boogie. Throughout the course of the performance, many audience members would get up to start “Twistin’ The Night Away” or form the famous “Love Train.” In other words, this is a show that creates an atmosphere of fun and openly welcomes audience members to express their inner dancer and singer. Even when the show was nearing an end, and the performers asked the audience if they’re ready to go home, the answer was a very loud and very firm “Noo!”

Motown Downtown will be the show audiences won’t ever want to leave as the reminiscing of such a great golden era of music is just too good. However, the performers hope that the music and spirit of Motown will go with audiences wherever they may go.

Kirk Hunter – Originally from Detroit, Michigan, Kirk has been a part of the showbiz world for 45 years now and has made the area of Branson his home since 2005. Kirk performs in Motown Downtown and additionally stars in his own tribute show – Marvin Gaye & The Masters of Soul – which is every Monday, Wednesday & Friday at 2 PM. 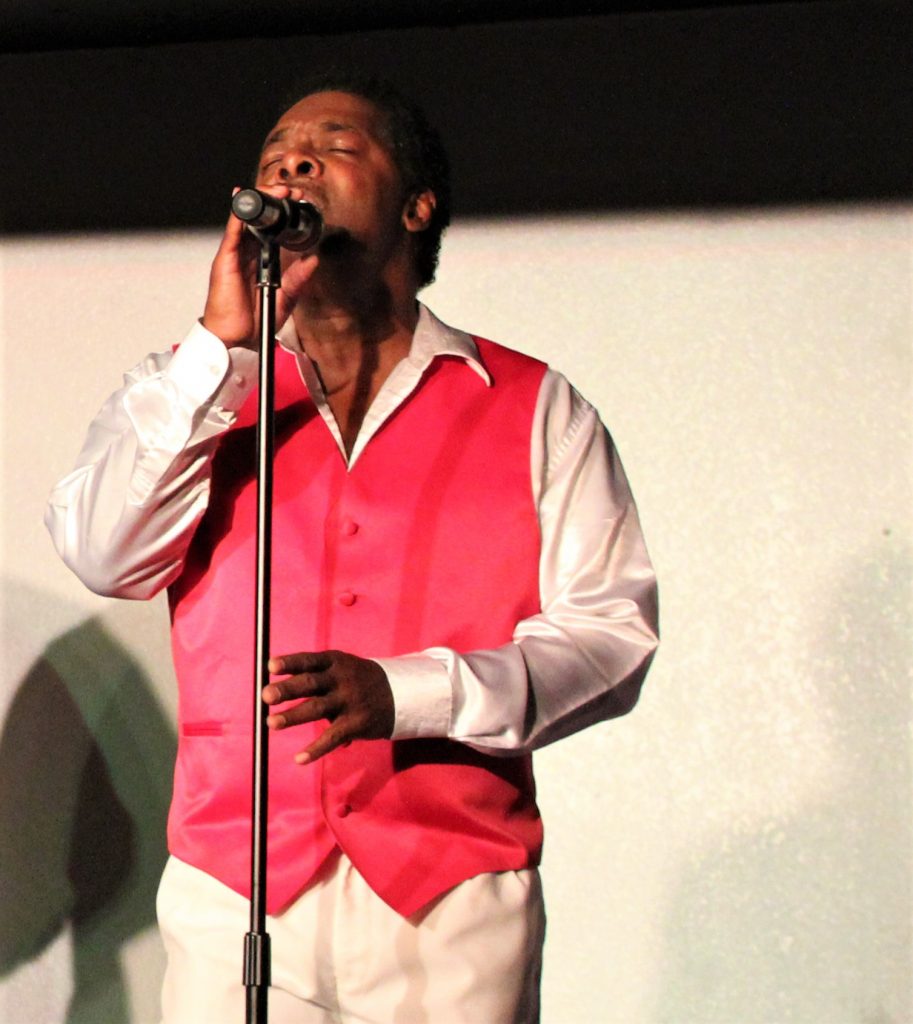 Andre’ Shepherd – From the St. Louis area, Andre’ came to the Branson area years ago looking for a place to perform and sing. In the early 90s, Andre’ sang with a group called Lo-Key that signed to the Jam & Lewis’ record label ‘Perspective Records’ and released a debut album, Where Dey At? In 1992. Andre’ also does a Tribute show to James Tayler, which is also at the Branson Hot Hit Theatres every Monday at 2 PM. 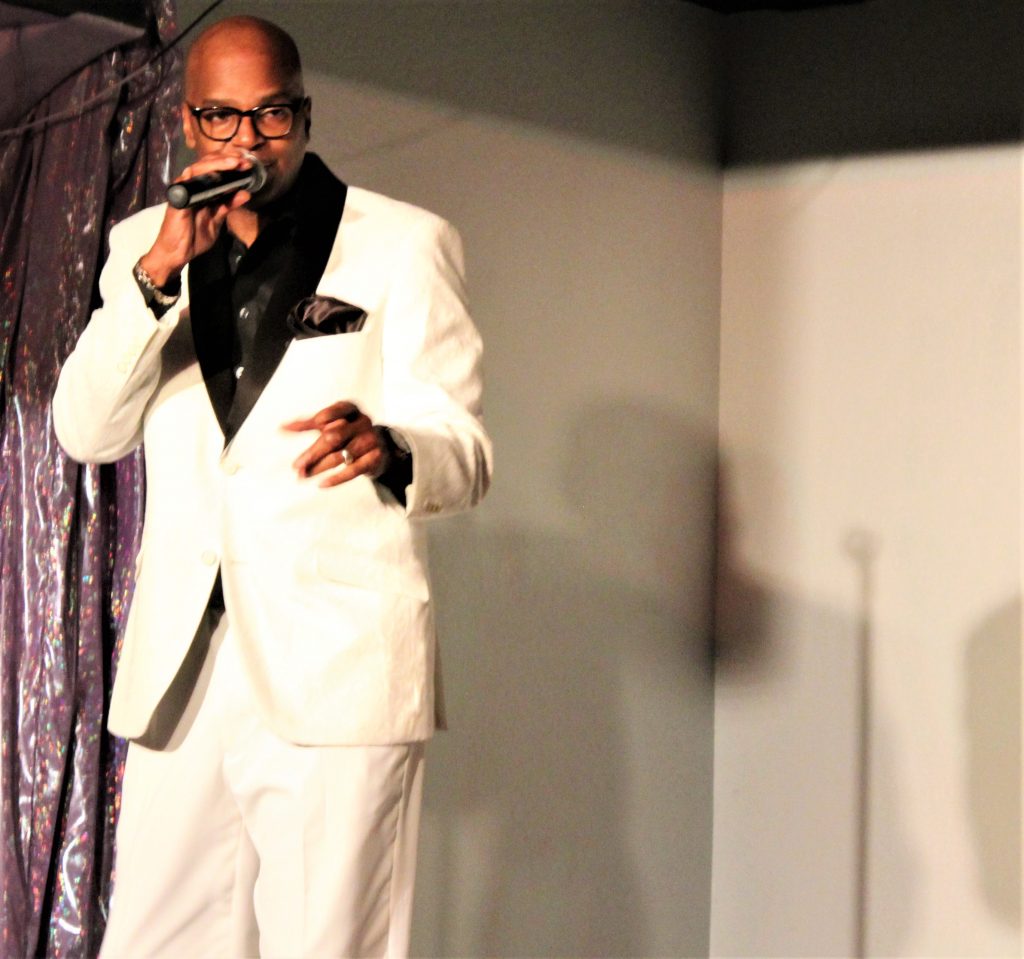 Sade Shine – After starting her singing career at the age of 6 in church, the beautiful and poised American Idol performer, Sade Shine, performs in Branson and covers the women – or ‘Queens’ – of Motown, including Gladys Knight & the Pips and Etta James. Sade is sure to blow the audience away with her impressive and powerful voice! 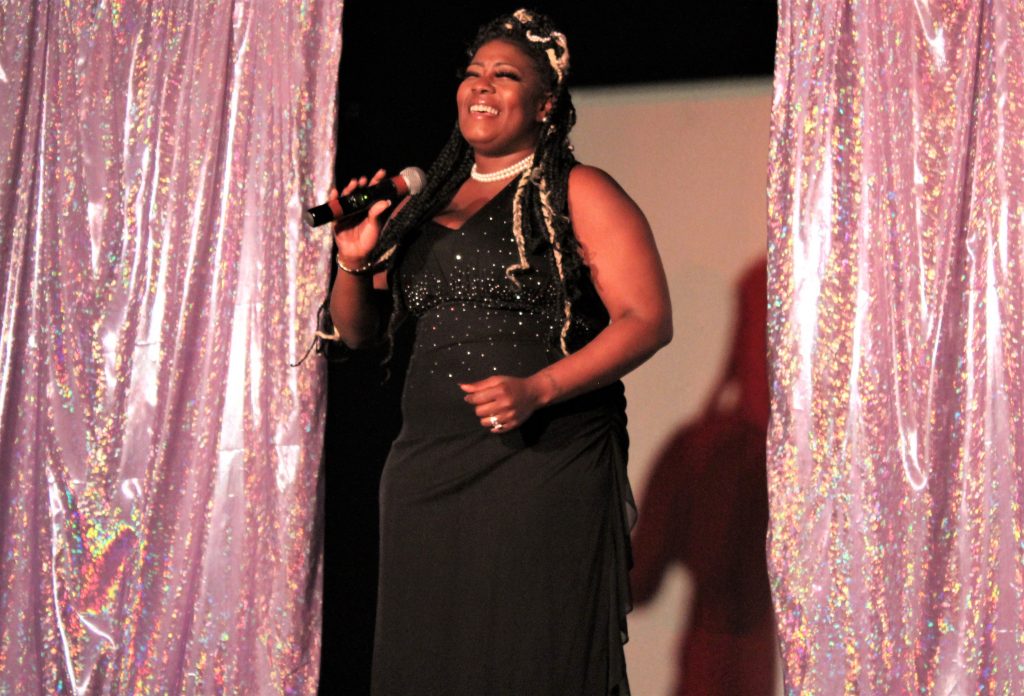 AJSR – Also from St. Louis, Missouri, ASJR sings with the IN UNISON Chorus that performs with the St. Louis Symphony Orchestra. ASJR was signed on with Columbia Records for 10 years and had some well-versed experience recording and producing music. This tall, charismatic fellow also performs in the Doo Wop & More show, Tuesday & Saturday at 2 PM  and Monday at 7:30 PM. 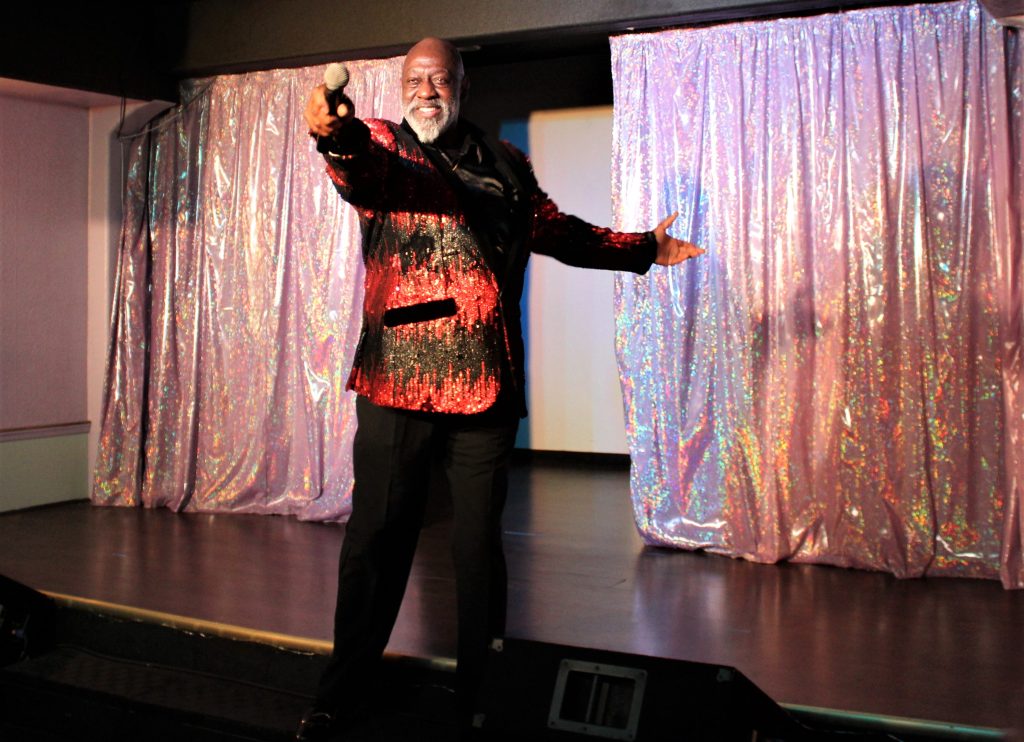 Eddie Strobel( Pseudonym, Big Daddy) – Originally from Montgomery, Alabama, Eddie made Branson his home in 1993 and performed in different shows and theatre venues over the years, including Americana Theater and The Hughes Brothers Theater. Eddie has also performed with well-known musical groups such as The Drifters and Hank Ballard & The Midnighters. Audiences can also catch Eddie singing in the Platters & Golden Sounds of the 50s show, 7:30 PM Tuesday, 10:00 AM Wednesday, and 2:00 PM Thursday. 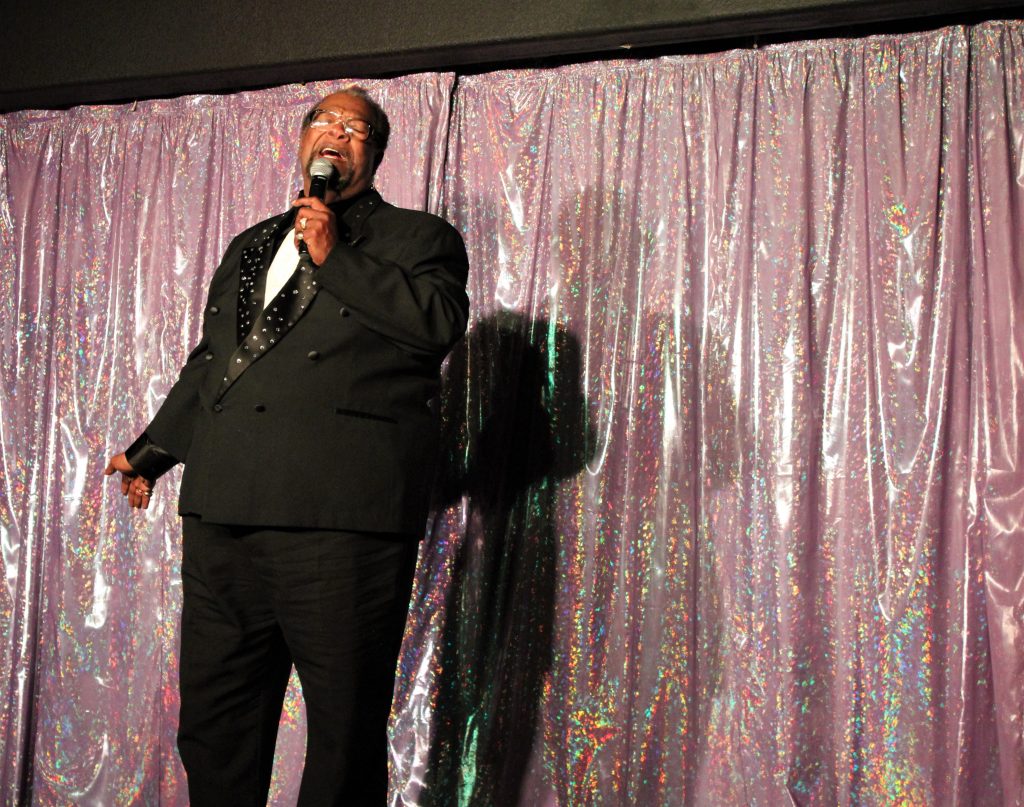 Q & A With The Performers of Motown Downtown

How did you all come together to form what is now Motown Downtown?

Kirk: “I was in Myrtle Beach, South Carolina, with Legends in Concert. A guy came there to find out if we wanted to take a chance in Branson, and we decided to come here and check it out. We wound up liking what we saw and decided to stay around. When I got here, Andre and Eddie were already in the area, and we finally came together and got that right formula. We’re pretty excited about what we got going on.”

Andre’: “I used to watch Kirk and the guys doing their routines, and they kept trying to get me. I said no at first. But then I would see that their tip jar would be overflowing, and I was like, ‘I got to get in on this.’ I haven’t looked back since.”

AJSR: “I came here on a whim. My girlfriend asked for me to ride with her down Missouri State Highway 55 on her birthday. We ended up in Branson and happened to ride down Commercial street, where we saw a theater promoting The Temptations and Doo Wop in a window. We pulled over, went inside, and talked to, at that time, the proprietors of the place. Just like that, I was performing and singing for them that night on stage. I’ve been here ever since.”

What is your favorite part about performing live in Branson?

Kirk:  “I enjoy Branson because of the people. We have that baby boomer crowd coming in, and people just what we do. We love our job here, and I would do it for free. That’s the one thing that if I get my show, like Marvin Gaye Show; the people tell me that they love so much is, it’s so intimate. It’s almost like a family reunion. We have fun with the audience, we clown around, and we’re blessed to do this. It’s our way of giving back.”

AJSR: “I love the camaraderie working with these guys. Since I’ve been here, there has been no conflict. It’s all camaraderie.”

Andre’: “I love all love it. The beautiful harmonies and choreography make it all come together. I’ve always been a singer, but I’ve not always been an entertainer. There’s a huge difference between singing and being an entertainer. When you put it all together, that’s a show. A lot of people can stand up and sing, but they can’t entertain. We don’t have a band – we have tracks – so we try to go that extra mile. We love it, we dance hard, and then we go and sit in a tub of ice afterward.”

What artists inspired you growing up? OR what genres of music?

Kirk: “For me, it Marvin Gaye and Stevie Wonder. Those were the two I was into, as far as soloists go. Group-wise there were the Temptations and The Four Tops.”

Andre’:  “I grew up singing in church in quartet groups. But, but I was more of a solo guy. I was more attracted to singers who were more soloist than groups—solo singers like Donnie Hathaway or Peabo Bryson. Donnie Hathaway did many songs that other people did, including some James Taylor songs. Donny also did a version of ‘You’ve Got A Friend. It’s a singer like that who can touch your soul when you listen to his records.”

Eddie: “ I got my formal education from the street corners in New York City singing Doo Wop. We spent many more nights on the street corner, under the streetlights, singing Doo Wop at school and in the hallway. And, of course, I’ve sung with a lot of big names and performed at places like the Radio City Music Hall. I still love it, you know. It’s what I do.”

Does the show change often?

After seeing Motown Downtown, check out many of the other shows performing out of the Branson Hot Hits Theatre, including Doo-Wop & More, Marvin Gaye & Masters of Soul, Platters Golden Sounds, Patsy to Patsy, Broadway to Hollywood, and James Taylor & Soft Rock of the 80s. 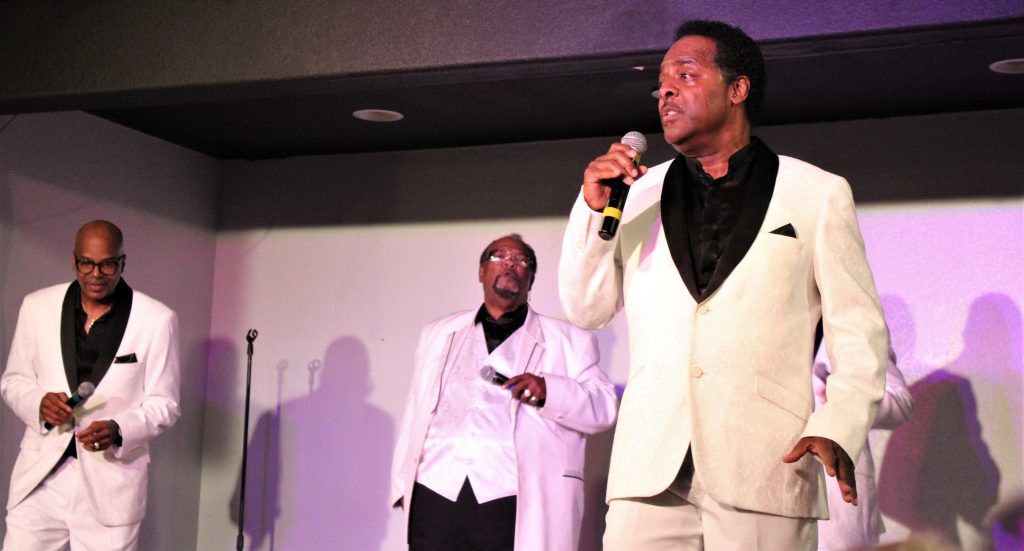