Legends in Concert is thrilled to be back for another exciting new year and has some of the best tribute artists scheduled for the 2022 year, including Adele, Freddie Mercury, Tina Turner, Elvis Presley, and The Blues Brothers™.

Branson is in full swing during the Spring season, and the same goes for local live music shows. At Dick Clark’s American Bandstand Theater, with tributes lining up on the stage for one spectacular show performance with music from The Temptations, Waylon Jennings, The Blues Brothers™, and Elvis Presley.

Tribute performances during Summer 2022 at Dick Clark’s will include Elvis, Brooks & Dunn, The Blues Brothers™, and Adele.

Legends will continue bringing music of the best artists to life with tributes to Tina Turner, Willie Nelson, Freddie Mercury, The Blues Brothers™, and Elvis.

Legends of Country® (presented by Legends in Concert) will occur every Sunday afternoon February 13 – October 30 and will feature tributes to a cast of country stars including Garth Brooks, Kenny Chesney, Johnny Cash, Patsy Cline, Martina McBride, Brooks & Dunn, and more! Legends in Concert performances are at 3 or 8 PM, and Legends of Country® is Sundays at 3 PM at Dick Clark’s American Bandstand Theater.

The 2022 Legends Christmas show is Brand NEW and will include performances from the best tribute artists, which will include Garth Brooks, Carrie Underwood, Alan Jackson, The Blues Brothers™, and the gospel music of Elvis! 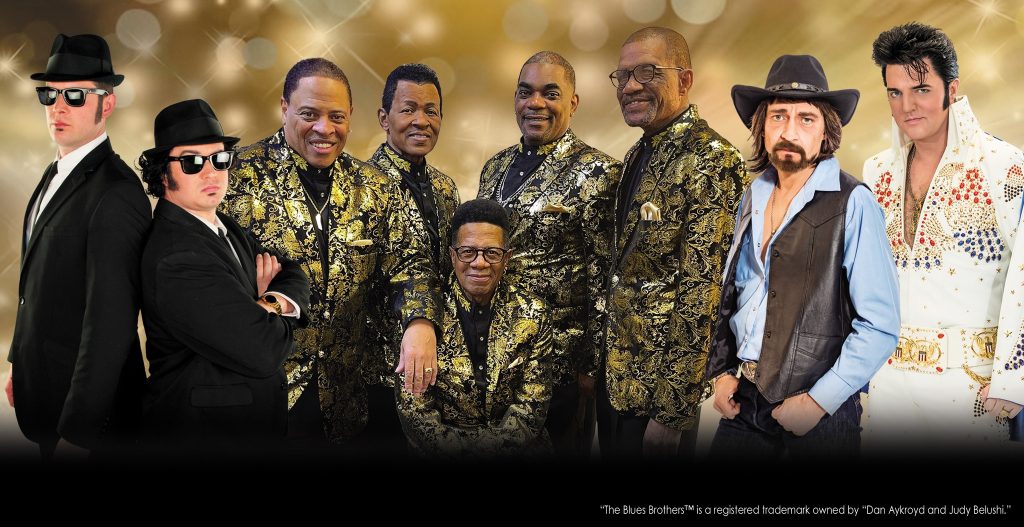