If you’ve ever heard a rumor that tribute artist Dean Z is one of the best Elvis impersonators in the world, that rumor would be 110% true. Skeptical? Witness for yourself a performance full of energy, jumping bean Elvis moves, powerful vocals, and the reverberating sounds of a live band all with the Dean Z – The Ultimate Elvis show.

Over the years, Dean Z has brought his tribute show to audiences all over the world and has impressed millions with his performances. In 2013, Dean was named by Elvis Presley Enterprises (EPE) as the world’s greatest Elvis tribute artist and has an impressive 5-star rating across the board! Get your tickets for his upcoming shows in May 2022 when you call (800) 208-8164 or read on to learn more about Dean Z, The Ultimate Elvis!

Voted Branson’s Entertainer of the Year and Branson’s Tribute Show of the Year, Dean Z – The Ultimate Elvis is a musical journey spanning the 20-year career of the “King of Rock ‘n’ Roll”, from his rise to fame in the 1950s to his infamous 1970s performances in Vegas and Hawaii. Dean Z boasts a powerful 11-piece band, top-rate stage effects and lighting, talented vocalists, and immersive video content of Elvis Presley for an unforgettable concert experience for all ages.

Dean was officially awarded EPE’s “Ultimate” title and starred in their international touring production Elvis Lives where over 500,000 tickets were sold. Dean Z moved on to perform for Elvis fans across Europe at some big venues in the UK including London Apollo, The Echo in Liverpool, and the Manchester Arena.

For the Branson performance, songs audiences might hear throughout the show include Devil in Disguise, Don’t Be Cruel, A Little Less Conversation, Jailhouse Rock, and much more!

After audiences are carried through the life, legacy, and music of Elvis Presley, there will be special photo opportunities and a chance to meet Dean Z in the lobby afterward!

During the holiday-central months of November and December, Clay Cooper Theatre brings Elvis and Dean Z’s Rocking Christmas show. The festive holiday concert will feature Christmas classics, decor, and costuming, sure to get the whole family in the spirit of the season! 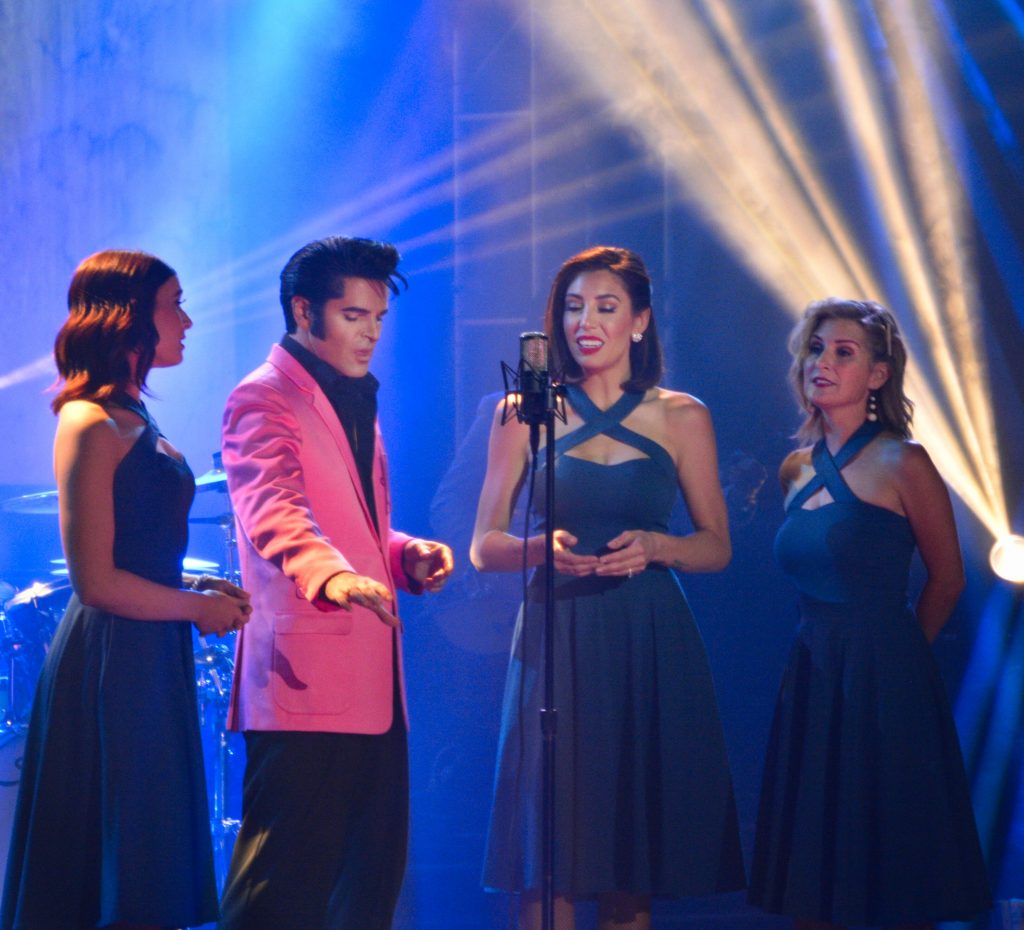 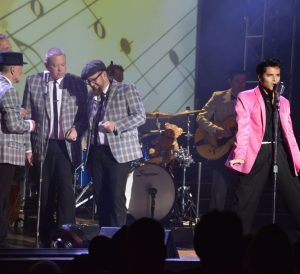 “Man if we could give 40 stars we would! Well worth the cost. We have been to many Elvis impersonators and this man is by far the absolute top performer. He interacts with the audience and puts on a heck of a show. Full of energy and wonderful music!” —Theresa Bishop, Google Reviews

“This show is PHENOMENAL! The band and singers are extraordinary, and they are backing one of the best performers you are going to see! If you never got to see Elvis, here’s your chance. If you have, no need to say anything!”—Michael Williams, Google Reviews

“Dean Z performs an awesome show – fun from beginning to end! All the music is live, including the instruments And vocals, which is rare. Dean Z has perfected the iconic Elvis moves and is so excellent while interacting with the audience. My favorite part is when he sings audience requests. I went to the show 3 times the past 2 weeks to take friends, as well as my husband, so they can experience Dean Z – the Ultimate Elvis. Don’t miss the opportunity after the show to meet Dean Z in the lobby. He’s so personable and takes time to meet his (and Elvis’s) fans.” — Gaila Beach, Google Reviews 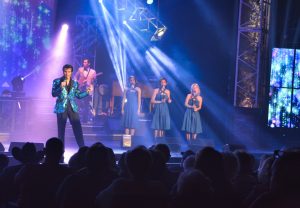 Get exclusive discounts at Branson shows, attractions, and dining when you claim your FREE vacation guide here or call (417) 304-2871 to book your Branson vacation today!

Famous Baldknobbers — About the Show & the Music | Branson Travel Group