Just as the show’s name suggests, Dave Hamner, his beautiful wife Denise, and the accomplished cast and crew of this performance make the unbelievable believable in a magic and variety show like no other, right here in Branson, Missouri.

If you think you’ve seen it all in Branson, think again! With the 2-hour show changing every 7-10 minutes, audiences will never know what to expect at Hamners’ Unbelievable! Variety acts include – but are not limited to – aerial stunts, dancing, comedy, magic, illusion, and on-the-pin impersonations that might raise an eyebrow or put a ‘wow’ on your lips! 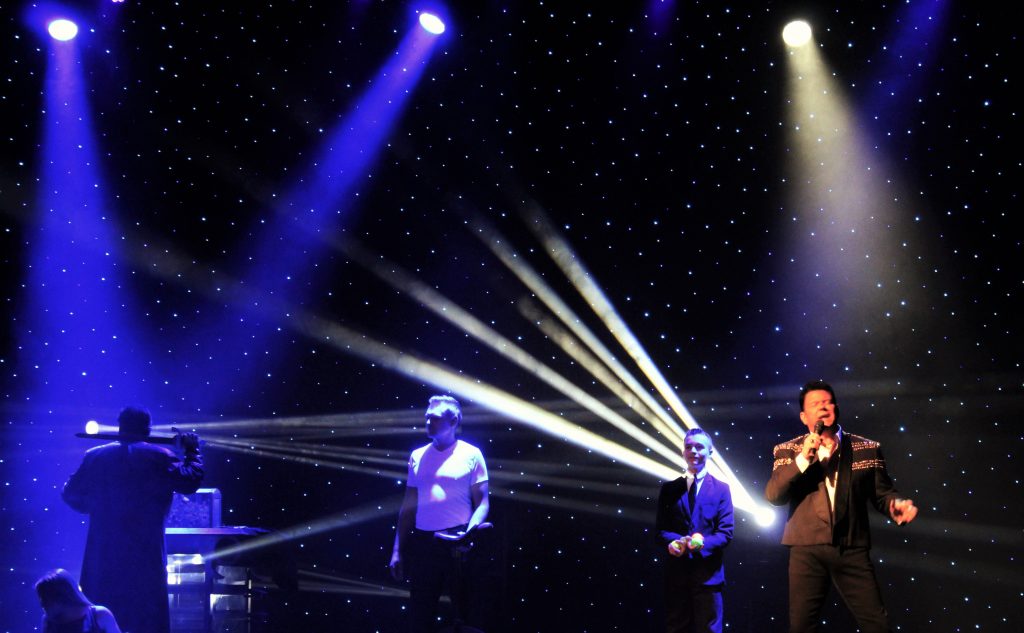 With each new act comes different themes and different displays of talents and abilities. Guests will see everything from live birds appear out of thin air, to seeing a jungle girl transform into the feisty gorilla, Gakita, to many other fun surprises on stage like the appearance of Darth Vader and his Stormtroopers. Whether you’re younger, older, or somewhere in-between, Hamner’s Unbelievable is definitely a great family-friendly show as it presents elements of faith, family, and patriotism throughout.

Overall a great performance full of magic, entertainment, comedy, and wonder that you and your family should come to see the next time you hit Branson! Continue reading to learn more about this amazing variety show that is Hamners’ Unbelievable!

Fun Fact: Like his father before him, Dave Hamner is a pastor for Branson Gospel Sundays, which takes place every Sunday at 10 AM at the theater. The service is open to the public or, if guests wish to hear the message from home, they can listen to the service on their site here. 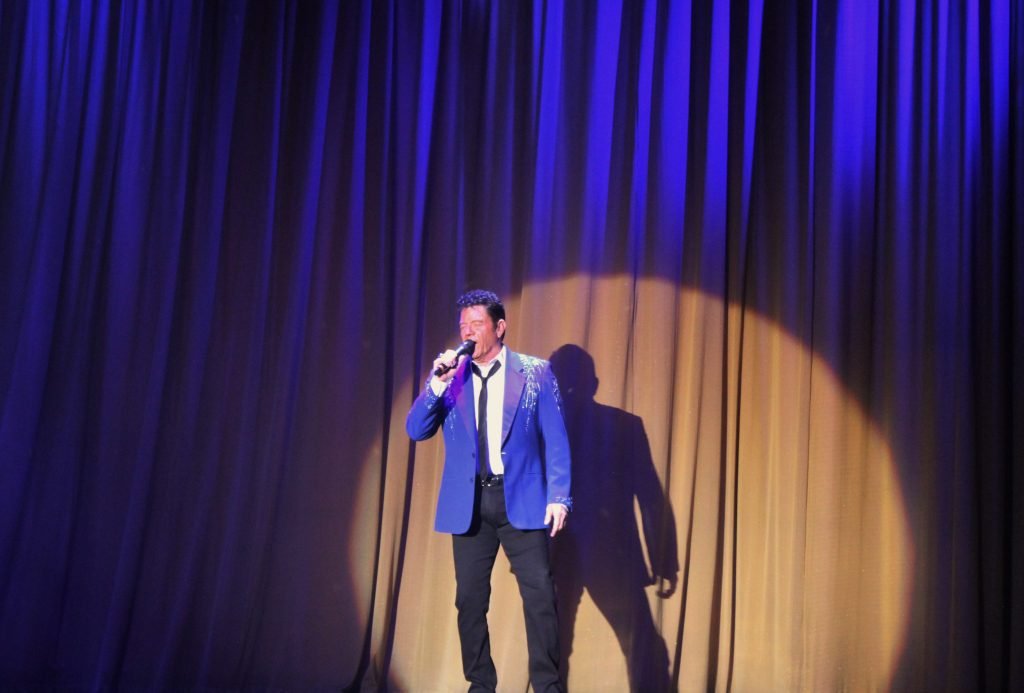 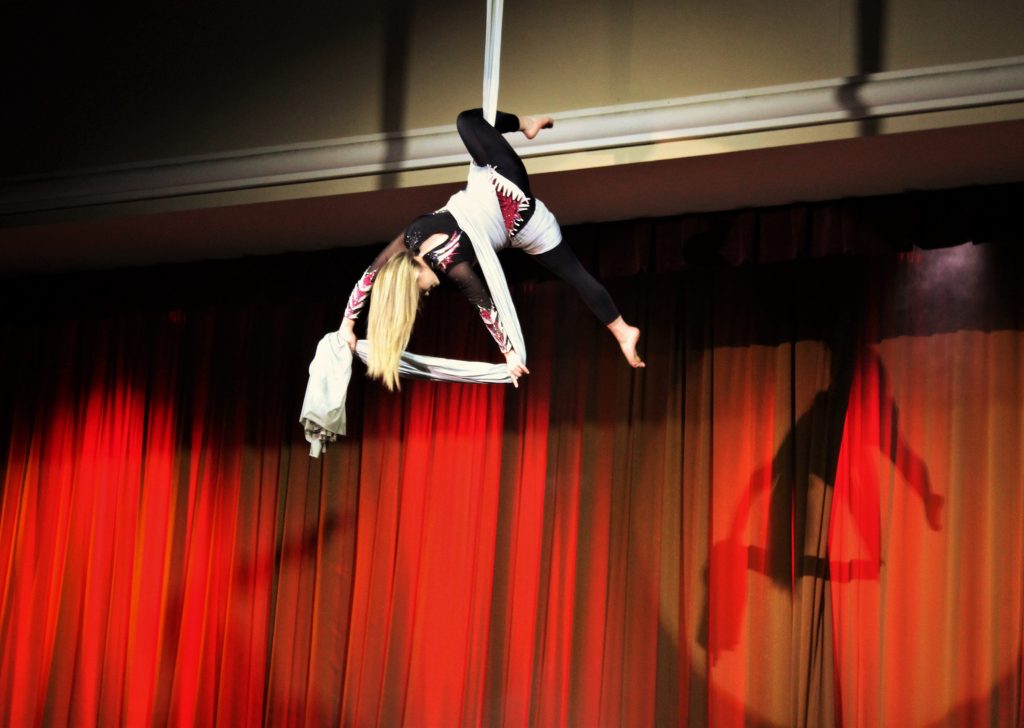 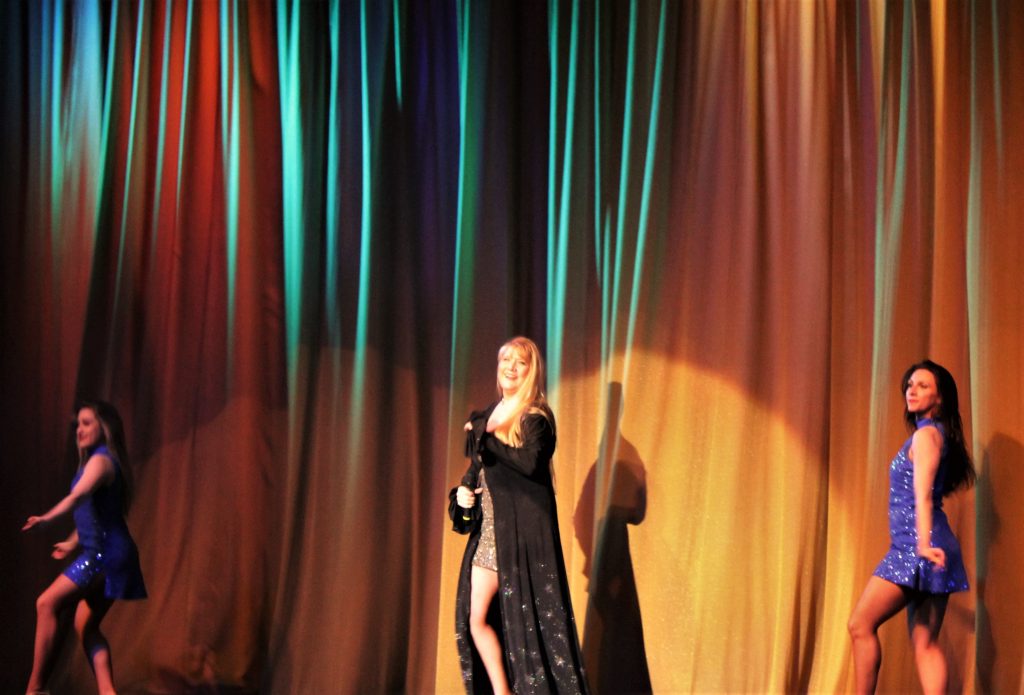 Dave & Denise Hamner – Recognized for their unique exotic bird act and jaw-dropping illusions such as Lightning Levitation, Vertigo: The Fall of Death, Dave and his wife Denice know exactly how to keep an audience on their edge of the seat from beginning to end. With over 16 years performing out of their own theater in Branson, this talented couple presents the ideal family-friendly show full of wonder, expertise acts, humor, faith, patriotism, and – of course – variety at its finest!!

Tamra Tinoco –Talented Female Vocalist and Female Entertainer of the year Tamra Tinoco was born to sing and brings her talent for music and natural charm to the stage with every Hamners’ Unbelievable performance. Tamra has additionally performed with artists such as The Osmonds, Lee Greenwood, Vince Gill, Ferlin Huskey, and many more!

Jeff Brandt –Capable and talented Impressionist of the Year and Male Vocalist of the year Jeff Brandt will blow audiences away when he sings and sounds just like famous top hit artists such as – but not limited to – Frank Sinatra, Dean Martin, Neil Diamond, and, yes … even Tina Turner!

Mariya Serykh: Capable aerialist and illusion assistant, Mariya Serykh has performed nationwide and takes to acrobatics like a TRUE natural! Mariya is also a wonderful dancer in Ballet, Jazz, Modern, and Contemporary and has won several national Championships and Awards over the years.  Audiences will undoubtedly be stunned as Mariya performs above the audience in her very own original aerial silk dance!

‘Downtown’ Kenny Brown – Award-winning performer, comedian, and dancer, ‘Downtown’ Kenny Brown has worked with the Hamners show for over 23 years and does everything from dancing original choreographed numbers to being the appointed Director on stage! Kenny is truly a joy to witness as he brings fun, energy, and humor to the show in his own Kenny way.

Anthony Soumiatin – Multi-talented in performing amazing stunts on the unicycle, Anthony Soumiatin also is a master of the Cyr wheel and acrobatics. Anthony has even performed with local performers in Branson, including Kirby Van Burch, Yakov Smirnoff, and Andy Williams – to name a few. Andy is regularly recognized for his talent, including being named the Best Young Entertainer in Branson and recognized as the national unicycling champion.

Johnny Lonestar – Trick roping, whip cracking, fast draw, and handling guns is Johnny Lonestar’s game, and boy is he good at it! Audiences will be amazed and shocked as they witness Johnny’s show-stopping performance that even got him in the top 20 slots in one of NBC’s most favorite shows –  America’s Got Talent. Johnny has entertained the masses at places like Las  Vegas, Silver Dollar City, Japan, Atlantic City, Pigeon Forge and continues to entertain and ‘wow’ his audiences at Hamners’ Unbelievable in Branson!

Sherie Nievar – Dancer and magical assistant at the Dave Hamners’ show, Sheirie Nievar brings grace and talent to every show and has even performed with other award-winning local shows, including Legends in Concert and the Magnificent 7 Show.

Dominic Giannottii – Like father, like son – this young juggler has a knack for pretty much anything he can get his hands on as Dominic can ride a unicycle like a pro and can do many trick rope stunts; just like his papa, Johnny Lonestar!

Hamners’ Unbelievable has received Several Awards Over The Years, Including …

Check Out the Other Shows Performing out of the Hamners’ Variety Theater!

The Magnificent Seven
Back To The Bee Gees
Thank You For The Music: A Modern Tribute To ABBA!
MIKE WALKER: Lasting Impressions
BEACH BOYS: California Dreamin’

What others are saying about Hamners’ Unbelievable…

“What a GREAT Magical and AMERICAN SHOW. It was a great show for my daughter, and the ending touched her heart. I recommend this show to everyone and anyone coming to Branson, Missouri.” – Martin Gonzalez, Google Reviews March 2021

“Wonderful show! Got very nice seats, and even then, I couldn’t see how they did those tricks! The signing is top-notch, and the magic was stellar! My daughter got to sit with Mr. Hamner while he made a magic Santa hat for her. A time to remember for sure!” – Starr Peterson, December 2020

For more information on Branson, Missouri Shows, Attractions & more, give us a call at (866) 876-4339 and ask how to secure the best tickets at the lowest prices! Please find out more about Branson Travel Packages on our site here.

Over 50 Life-Sized Dinos on Display at the Dinosaur Museum | Museums To Visit in Branson, Missouri